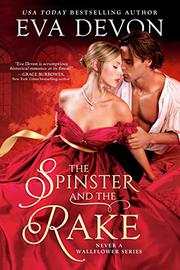 It’s 1795, and Edward Stanhope, the Duke of Thornfield, is beset by a house party full of young ladies vying for the unmarried man’s attention. In frustration, he retires to his private library, where he finds yet another woman—Miss Georgiana Bly, regarded by many of her peers as a plain country spinster. He asks her to leave, but she defies him, not realizing that he’s the duke; to force her to go, he threatens to kiss her. However, she calls his bluff, which sets in motion a series of events that ends with them engaged. Georgiana has little experience in posh society, so Edward and his aunt go about training her in the proper ways of being a duchess. At the same time, she takes it upon herself to train the cold and sometimes socially awkward duke to be warmer and more easygoing. The couple quickly find that they share a love of literature, but Edward seems incapable of providing the emotional intimacy that Georgiana craves. Edward finally confesses that he’s always felt that his mind works differently than others’—readers may interpret his description to mean that he has an anxiety disorder or is on the autism spectrum, although this is never specified—and he worries if he’ll inadvertently drive Georgiana away. Then Georgiana’s father becomes embroiled in a scandal that could undo everything. Devon, the author of The Wallflower’s Wild Wedding (2021), effectively drops hints about Edward’s secret from the very first pages. However, he’s far from a rakish character, despite the novel’s title, as he dislikes all but a very small circle of people. Georgiana is an enjoyable heroine who’s well versed in politics and literature and a quick study when it comes to the rules of society, even as she flouts the ones that she thinks are silly. Overall, the novel is rather short on conflict, and the action often pauses at length so that the characters may have long conversations about William Shakespeare or Parliament. Still, the characters are a lively, well-realized group.