PRACTICAL WISDOM FOR YOUR

If you have a favorite Fictional Character this book is for you.

Well I must say this Novel is certainly a Novel Novel! …Huh?

I feel this is a book that any true Book Lover would enjoy. Especially if you are into the so called Classics. It’s an absolute must for any Librarian.

So most people (my age at least) can remember Newspaper columnist’s like Dear Abby and Ann Landers .For those of you that don’t under stand what a Newspaper is. It’s those things made out of paper people used to read before Iphones and the internet took over the news.(Fake or otherwise). 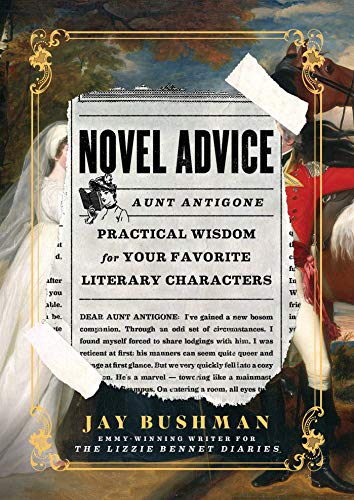 So anyway if you are not familiar with Dear Abby or others like her here is the gist. People would write to her asking for advice on how to handle problems in their life. Most of these problems were usually about their own personal relationships.They would always end the letter with some silly name like “Perplexed in Indiana”or something to that effect. Of course Dear Abby in her infinite wisdom would “advise” the poor reader with solutions to their assorted dilemma’s.

Think about this real hard.Who would be your all-time favorite fictional character. Who ever it is , I’ll bet they had a problem they were trying to get through.Most likely that would be the theme or plot of the book or story. Think about it. Your most troubled characters. I’ll bet a troubled soul  like Holden Caulfield could have used some helpful advise. How about one of my all time favorites.

YOSSARIAN! Talk about troubled souls. I’m pretty sure poor Capt. John Yossarian could have used some helpful advise on how to get out of that little“Catch 22” he found himself in.

Which brings us to “Aunt Antigone”  The Dear Abby of the literary world. Finally their is help for those forlorn characters of your favorite books. Help is on the way.All they need to do is have the courage to write Dear Aunt Antigone…

If my count is right there are 73 letters in this book 73 of the most interesting characters of the literary world. All are having a to deal with or live with a decision that eats at their soul. So what do they do. They write to Dear Aunt Antigone  to ease their conscience.

My two favorites are Gandalf and Yossarian. Gandalf is trouble by the fact he is sending his friends nephew on a dangerous journey. He feels he may not have been completely honest about the dangers this poor peace loving creature will face.  He writes Dear Antigone for answers to ease his soul…the letter is  signed the letter Grey Matter.

The letters and better yet the “Advise” written in these letters are at times very funny and some quite insightful.Like mentioned earlier this is a fantastic book for anyone that enjoys the great books of the world and the Characters that make them.

So as the Author says’

“It’s hard to be a fictional character.Everything you do is in support a some master narrative.Whatever you do you are judged,analyzed,mocked and questioned by readers and critics. Who will be there for these fictional characters…

Grouped by theme from “Young Love,” “Navigating Friendships,” and “Bonds of Matrimony” to “MoneyMatters,” “Community and Society,” and “Endings,” Aunt Antigone helps these legends of literature with their “real–world” problems one letter at a time. Discover what she has to say when Ophelia and Ishmaelask about their dating woes, when Dr. Jekyll searches for the perfect work/life balance, or when ScarlettO’Hara wants tips about the best way to handle stress.

Perfect for fans of Texts from Jane Eyre, Tequila Mockingbird, and booklovers everywhere, this book is a hilarious and thought–provoking look at our favorite protagonists and antagonists, heroes and heroines,lovers and sidekicks seeking life–changing assistance help from an expert with her own dramatic background.

ABOUT THE AUTHOR: Jay Bushman writes for many kinds of media.Jay works at the intersection of traditional and emerging formats, 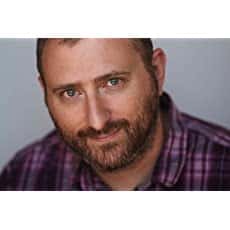 reinterpreting and reimagining classic stories in new ways.He won an Emmy for his work as a writer and transmedia producer on the groundbreaking series ‘The Lizzie Bennet Diaries,” an interactive adaptation of Pride and Prejudice. He was the co-creator and co-showrunner of the sequel interactive series, “Welcome To Sanditon.”As a writer and producer at Fourth Wall Studios, Jay helped to create the Emmy-winning series “Dirty Work,” and wrote and created the show “Airship Dracula.”For his experimental work in social media storytelling—including writing one of the first Twitter novels—he was dubbed as “The Epic Poet of Twitter” by New Scientist Magazine, and an “Enterprising Fabulist” by Vanity Fair visit his site HERE