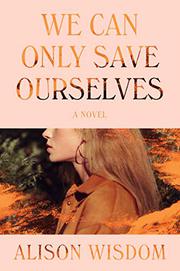 Two days before she will surely be crowned homecoming queen—how could it be otherwise?—Alice Lange, beloved and beautiful, the pride of the neighborhood, is approached by a stranger. She’s reading on her front porch swing when it happens, when the man, who is handsome and older, takes her picture with a “ravenousness she liked.”  They will see each other again, the man tells Alice, and this turns out to be true: Alice won’t go to the dance after all. Alice will get in the man’s truck and she’ll be gone, and when the police come, it will be clear she has left voluntarily. The novel, narrated by an all-knowing chorus of the neighborhood mothers, moves between Alice’s new life off the grid with the man and his followers and the small town shaken by her disappearance. The man, who is called Wesley, is the charismatic leader of a doomsday cult—the novel is not especially specific about the ideological details, but they will, someday, build a new civilization from the world’s ashes—for which he has recruited a small band of young women, most recently Alice. Alice, who remains, in her golden perfection, a sort of girl-shaped place holder, is easily swept along. For the town, life goes on, but her absence is a constant reminder of its precariousness. “That’s what we’ve learned from Alice Lange,” the mothers explain. “Sometimes the darkness wins.” Propulsive and haunting, if psychologically thin, the novel is a fever dream of familiar tropes: the idyllic suburb, the chosen girl, the allure of escape, the cult, the undercurrent of violence. The novel doesn’t seem to offer any particular insight into these things—it proceeds about how you’d expect—but Wisdom hits each note with perfect precision.