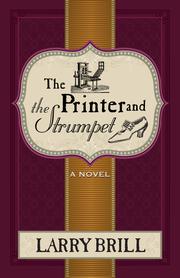 Boston, 1773. War with Britain is brewing in the Colonies, but that’s the last thing London-born Leeds Merriweather wants. Though his pride and joy is his newspaper, the New England News-Journal, most of the printer’s income actually comes from contracts he has with the British-appointed governor. When his partner gambles away a controlling share in the paper to the powerful Tory Clinton Murdoch, Leeds is pressured to turn his neutral News-Journal into a full-throated supporter of British rule. Just as he’s learning about his imminent editorial shift, he meets—and completely falls for—the beautiful Sally Hughes. The sex worker and patriot uses her position at the Flagg Alley Bordello to learn compromising tidbits about members of the British military and government. Sally and Leeds decide to hatch a scheme together. Using Sally’s contacts and Leeds’ press, they publish the anonymous Watertown Times-Forger, a tabloid airing the dirty secrets of Britain’s agents in Massachusetts. Leeds soon finds himself working both sides of the propaganda war, a member of the governor’s advisory committee by day and a rebel pamphleteer by night. It’s all well and good until the British decide to root out the culprits behind the publication—and hang them for treason. From the Boston Tea Party to the Battles of Lexington and Concord, Leeds finds himself at the center of the tensions between the British government and the rebellious colonists. He and Sally must play their cards exactly right to help the American cause without giving themselves away. Luckily, Leeds is a newsman of extraordinary cunning and flexibility, but whether that’s enough to capture the hearts and minds of the reading public—or the affections of the feisty woman he’s working beside—remains to be seen.

Brill’s prose, as narrated by Leeds, is nimble and witty, revealing the opportunistic contradictions at work in the hungry journalist: “I didn’t mind Hancock’s politics for they made for good copy. But to describe…one of the richest and most politically active members of Boston” being “led to jail in irons would be something for which I would sacrifice my left pinky—my right pinky being needed to work the printing press.” This sequel to The Patterer (2013) is filled with the sort of cameos and alternate history tales that one expects from such a novel, and they are done well. But the real accomplishment is the way the author re-creates the media concerns of the audience’s own day—issues of bias, control, fake news, and sensationalism—within the context of events leading up to the American Revolution. Leeds tends to look after his own self-interest most of all, which both contributes to readers’ enjoyment and makes a compelling statement about freedom of the press. There are a few moments that are perhaps a bit too self-aware—Leeds ends up composing a rough draft of America’s founding document—but overall the book is a fun and satisfying read.