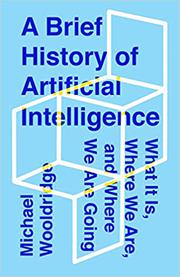 Wooldridge, the head of the computer science department at Oxford, emphasizes that AI researchers have spent huge amounts of effort and money and “repeatedly claimed to have made breakthroughs that bring the dream of intelligent machines within reach, only to have their claims exposed as hopelessly overoptimistic. As a consequence, AI has become notorious for boom-and-bust cycles.” As of 2020, computers perform useful tasks that humans find tremendously difficult, but they are not terribly smart. The author reminds readers that a computer is a machine that follows simple instructions rapidly—billions of times faster than a human. Computers can make decisions provided they’re given instructions on how; if they receive proper guidance, they can adjust and learn. Machine learning, an impressive 1990s advance, produced computers that won on Jeopardy! and were able to take the initiative when given an order, beginning with the iPhone app, Siri, in 2010. A fine educator, Wooldridge lays out the problems solved since the end of World War II, illustrating how far we have come and how far we still have to go. Calculating and sorting proved to be easy. After a great effort, computers now play complex board games (e.g., chess), recognize faces in pictures, answer medical questions better than most doctors, and translate words in real time. Impressive progress in driverless cars and automatic captioning for pictures has convinced Wooldridge that further breakthroughs are imminent. As for problems requiring human-level general intelligence—producing genuine art, communicating with a person and understanding—these are far from being solved. Wooldridge shows little sympathy with “scaremongering” about “killer robots,” but he admits that a future with intelligent machines will see profound social changes, which pundits are happy to describe in the full knowledge that predictions are usually wrong.