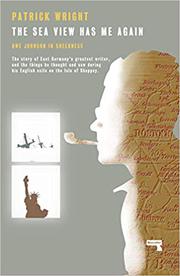 Wright, an accomplished interpreter of all things English, finds a site of frozen time in a bypassed place only 40-odd miles downriver from London, scorned by Top Gear host Jeremy Clarkson for its “thousands and thousands of mobile homes, all of which I suspect belong to former London cabbies.” The Isle of Sheppey is indeed rather plain, emerging from the North Sea, Wright quips, “in a marshy and noncommittal kind of way.” Like so many edgelands, there was once a lot going on there, attested to by memories of a vast naval dockyard where a lucky survivor of the Charge of the Light Brigade once worked; a half-sunken ship full of World War II ammunition that threatened to blow the town of Sheerness off the map; a hillside packed with the graves of Danes murdered at the behest of Aethelred the Unready “as an early ancestor of encroachment-hating Brexiteers”; and a rural schoolhouse once inhabited by a reformer who immigrated to Canada and became a feminist icon “who carried ancestral memories of Kentish radicalism with her as she campaigned for and among women farmers.” Into this milieu came Johnson, a curmudgeonly novelist who retained a Marxist vision even after fleeing East Germany—and who drank himself to death in Sheerness before the age of 50, “a man who wanted, by the end of his short life, to disappear into letters.” Johnson, whose magnum opus Anniversaries took decades to appear in English translation, found on Sheppey a rejoinder to his native Baltic coast, replete with Cold War vestiges (he descended into paranoia, convinced that his estranged wife was a spy). His grim determination to finish his late modernist masterpiece, despite his mental illness and alcoholism, befits the raw, forgotten places in which he lived.