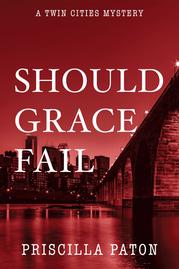 Detective Erik Jansson of the Greater Metro Investigative Unit in St. Paul, Minnesota,finds himself mesmerized by the murder victim, who readers later learn is an ex-cop named Dan Routh, as if “this was personal not just to the victim, but to Erik himself. A premonition that despite serving the greater good, his ultimate fate could be mean and lowly, his existence soon forgotten.” Erik’s work partner, Deb Metzger, is equally intrigued by the mystery. She, like Routh, has been working to break up human-trafficking rings, and she and Erik interview a plethora of intriguing characters in their investigation—including young women who Deb worries might be at risk of being trafficked themselves. Opioid abuse abounds, and various people whom Erik and Deb meet struggle to stay clean, including Jalyn Dudek, a young pianist whose ex-boyfriend Joseph “Josh” Miller hovers on the edge of a relapse. As the case intensifies, nearly all the characters face further danger. This is an ambitious mystery that tackles heavy themes, such as the darkness of addiction and the fragility of human existence. Paton adroitly crafts engaging sentences that immediately hook the reader’s attention, such as “They lie when they say there’s a clean death” and “Erik saw his own death. Scratches gouged from eyes to chin, shirt ripped open, baring his chest, teeth clamped. All self-inflicted.” However, the novel’s large cast makes keeping track of everyone’s relationship to one another a tricky task. As Paton herself writes, in another context: “Keeping everybody straight—Retta, Ramon, Gran, Aunt Lyndsay, Gabe—had become Jaylyn’s full-time job.” Although this clutter of characters, in some ways, fits the hard-boiled detective plot, it also slows the pace and makes it overly difficult to discern which details are important and which are superfluous.