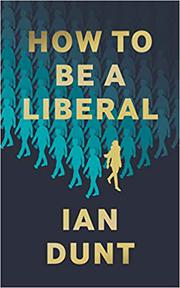 Dunt, editor of the website politics.co.uk, counterposes liberalism and nationalism, the latter of which, he writes, is based on a sixfold lie. Among its elements are the thought that we can have only one identity at a time, which makes us “part of the mass: an undifferentiated component of the whole,” and the contention that any difference from that mass is bad. We see the sixth component, “there is no such thing as truth,” enacted with every Trump tweet. As Orwell knew, when politicians can get away with lies, lie they will; if the concepts of truth and falsehood disappear, then they will do as they please. Having established this sixfold premise, Dunt examines the evolution of the idea of liberalism, at least some of which he traces back to Descartes and his obsession with the “gap between dream and reality, the thin line between being awake and…the crazed world of dreaming”—i.e., the foundational stuff of truth and lies. While Descartes is seldom pressed into political work, Dunt makes a good case for doing so. Other figures in the battle against authoritarianism include some of the usual suspects, such as John Locke and John Stuart Mill—who was careful to give credit to his partner, Harriet Taylor, a woman who even so “was erased” from the historical record. The paucity of intellectualism on the far right, an ideology “pumped into the heart and pursued with the fist,” is as evident now as it was a century ago. In a book that makes a good companion to Adam Gopnik’s A Thousand Small Sanities, Dunt takes down a few politically correct absurdities, but most of his fire is aimed squarely at Trump, Theresa May, Marine Le Pen, and other enemies of freedom.