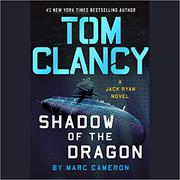 As an American science vessel pushes through Arctic ice in the Chukchi Borderland, a researcher hears banging and underwater human screams. Soon it becomes clear that a “boomer is in distress and calling for help.” Said boomer is a People’s Liberation Army submarine patrolling the Arctic, and its crew will die if it can’t surface. At the same time, series regular John Clark is in Vietnam training new agent Lisanne Robertson on how to avoid landing in a “Yourassisgrassistan” prison. And the Chinese have their worries as they combat the “Three Evils” of “terrorism, separatism, and religious extremism.” They crack down on Uyghurs, who want “independence from the Chinese boot,” so Chinese intelligence is looking for a Uyghur separatist woman in western China whose husband had been trundled off for reeducation. But luckily, “the good guys”—in particular, the CIA’s John Clark—are looking for her too. It turns out that the woman has specific engineering knowledge of considerable military value to the great powers, and she wants to escape. Maybe Clark can help, or maybe not. And as if all this isn’t complicated enough, the CIA is pretty sure it has a mole whom the Chinese have code-named SURVEYOR and who is selling secrets to Beijing. The mole hunters search relentlessly, because they “hated Communism with the intensity of a thousand suns. Socialism was no better.” Clancy’s fans are used to these grand-scale plots, where a big part of the fun is seeing how all the puzzle pieces fit together in one big salute to American power and righteousness. And as for Cameron’s style, it’s as if Clancy himself were at the keyboard.