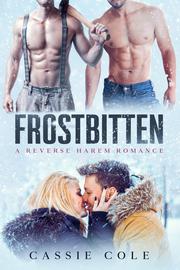 It’s tax season, and certified public accountant Allison is incredibly stressed out. She hears that there may be a late-season snowstorm, but since Asheville, North Carolina, doesn’t usually get inclement weather in springtime, she ignores the warnings. She accepts a blind date with the handsome bestselling author Hunter Paxton, a friend of a friend. Although she’s still hurting from a recent breakup with a man she thought was “the One,” she sees Hunter as a kindred spirit. She offers him a ride to the cabin in the mountains where he’s staying, which leads to a romp between the sheets. The next morning, Hunter, who’d been struggling with writer’s block, finds new inspiration for his next project, but Allison finds that the promised snowstorm has come to pass, and there’s no safe way for her to get to work. As days go by, Hunter writes and Allison finds herself with little to do without internet access—until Hunter notes that Allison is free to sleep with his two attractive best friends—editor Justin and manager Chase—who are bunking at the cabin to ensure that Hunter finishes his book. At first scandalized, Allison soon eagerly forms sexual connections with all three men—sometimes two at the same time. However, what will happen when the snow melts is anyone’s guess. It’s clear that the subgenre of “reverse harem” romance, which features a single woman and multiple, nonjealous men, is author Cole’s specialty. In this book, she wisely adds a snowbound setting to the proceedings, which allows for sizzling encounters in front of fireplaces and outside in the North Carolina woods. Readers will also find that Allison is a smart and relatable protagonist who’s eager to explore new sides of herself as she has trysts with three men, and the book (and its characters) encourage her erotic adventures without judging them. There’s no talk of past sexual histories or contraception, though, which would have grounded the romance a bit more in reality without detracting from its sensuality.