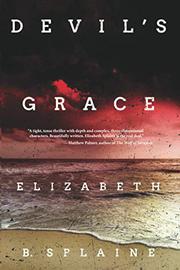 Angela Brennan is a highly regarded cardiac surgeon at her hospital in Barrington, Rhode Island. Her colleagues respect her, and the hospital administrators are grooming her to become CEO. Angela is driven and dedicated to her career, but her commitment to the job comes at a cost: Her husband, Tony, and their two children, son Liam and daughter Emily, miss her. “You’re missing so many of the little things that make a family special,” Tony says. Still, the family is happy, and the four of them enjoy an idyllic Memorial Day weekend on Cape Cod. As they’re driving back to Barrington, a truck smashes into the car in “an explosion of light.” Liam is killed almost instantly; Tony also dies in the accident. Emily is rushed to surgery to repair a shattered leg and a broken arm, but an accidental drug overdose kills her. Angela, reeling and feeling alone, leans on her friend Liz Rumsey, a nurse at the hospital. Soon, Angela returns to work, but without the same passion. She considers taking her own life. One day, a cryptic note shows up on her desk: “I’m not sure that the cause of your daughter’s death is what it seems,” it says. As Angela tries to figure out who left the note and for what purpose, her investigation reveals that her beloved hospital might not be the workplace she thought it was. Splaine’s writing is clean, precise, and explicitly detailed. The author’s knowledge of health care workers and the hospital environment is extensive, informing nearly every page. While Splaine’s prose recalls a surgeon’s attention to detail, the accident is depicted too vividly, with gratuitous descriptions of the horrific car crash. Throughout the novel, the villains are clear: the agents of bureaucracy who value saving face over saving lives. Despite such obstacles, Angela searches for what really matters in this stirring story: kindness, care, and hope.