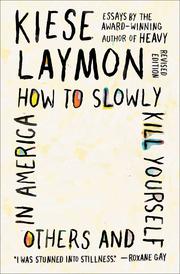 Revised and expanded from its original publication in 2013, this collection of forthright, spirited essays (six are new) moves back and forth among Jackson, Mississippi, where Laymon was born and grew up; Oberlin, where he completed college; Indiana, where he was awarded a fellowship in the creative writing program; Poughkeepsie, New York, where, for 14 years, he taught at Vassar; and Oxford, Mississippi, where he became the Grisham Writer in Residence at the University of Mississippi and where he now teaches. Taking varied forms, such as emails and letters, the collection, occasionally uneven, is never less than impassioned on matters of race, identity, and injustice. “I am a Black Mississippian,” Laymon declares. “I am a Black American. I pledge to never be passive, patriotic, or grateful in the face of American abuse. I pledge to always thoughtfully bite the self-righteous American hand that thinks it’s feeding us.” The author also pays homage to the “weird women warriors” who raised him: his grandmother, who buoyed his faith in himself, and his mother, who drilled into him “to never ever forget I was born on parole, which means no black hoodies in wrong neighborhoods, no jogging at night, hands in plain sight at all times in public, no intimate relationships with white women, never driving over the speed limit,” and, most crucially, “always remembering that no matter what, the worst of white folks will do anything to get you.” As a beginning writer, Laymon became disillusioned after an editor insisted that “Real Black writers make the racial, class, gender, and sexual politics of their work implicit. Very implicit. The age of the ‘race narrative’ is over, bro.” Determined to prove him wrong, the author makes these themes undeniably explicit, arguing for a culture that achieves what a professor acquaintance called “a principled and sustainable paradigm shift and nothing less.” Read this one, and then go back to Laymon’s remarkable memoir, Heavy.