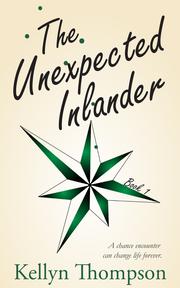 Forty years after an apocalyptic global conflict, the remnants of humanity have been redistributed into “Sectors,” overseen by a government coalition called The Order. Coastal regions, which are home to society’s affluent elite, receive the bulk of resources, with Inland sectors beset by systemic poverty and violent repression. In addition to futuristic surveillance, citizens submit to government-approved employment, marriage, and procreation. Families are rewarded for genetically modifying their children; those who don’t, termed “Purebreds,” are forcibly segregated from society. In response, a faction of violent Purebred anarchists has surfaced, led by the wealthy Robertson family. Agent Chris Rockford, the government’s most trusted assassin, has one job: to neutralize the Robertsons and put an end to their terror campaign. However, on the eve of his final mission, Chris meets the captivating Jenna Macklemore, a Purebred woman with whom he begins a relationship. Her influence upends Chris’ sense of self as he grapples with his career, his prejudices, and the morals of his superiors; however, Jenna has a secret that could destroy their fledgling romance. This novel has a promising premise and a genuinely sweet love story at its center. However, it’s marred somewhat by a detached prose style that relies heavily on exposition, with exhaustively detailed explanations about what the main players are doing and thinking: “Another thing she could not help but love about him was that even with the confidence that came with being a Coastal…he had a shyness about him that was endearing, despite how in control and authoritative he was.” Also, Chris is so unquestionably in control, his resources so infinite, that his work never feels dangerous. As a result, the first half of the book drags, and scenes of espionage lack tension, although it picks up in the last third. And although the story superficially examines the eugenicist dystopia at its center, it fails to fully engage with it; perhaps the author will address it more fully in the planned sequel.