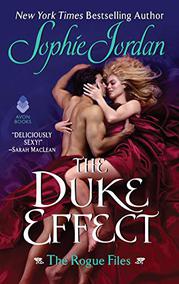 Col. Constantine Sinclair was orphaned at a young age and raised by his uncle, the powerful Duke of Birchwood. Commissioned into the army as a young man, Con has been away from England for half his life. In the past year, all three of Birchwood’s sons died in freak accidents, and Con finds himself in line to inherit the dukedom. Upon returning home, he discovers his beloved aunt suffering from a painful but mysterious illness. Con travels to the countryside to ask a doctor he’s been corresponding with for assistance only to discover that the doctor is dead and his daughter has been impersonating him. Nora Langley was trained by her father and sees no harm in continuing his correspondence; after all, the only thing that prevents her from attending medical school is her gender. Determined to prove to Con that she is not a liar and charlatan, she follows him back to London, hoping to alleviate his aunt’s pain and suffering. After her normal remedies fail, Nora tells Con her most potent tincture has an unfortunate side effect: It’s a powerful aphrodisiac. Jordan’s aphrodisiac makes a second appearance in the Rogue Files series, functioning as an interesting metaphor for how people trapped by society’s rules can’t admit their deepest desires. However, the pacing of the story is uneven; the setup is complex and carefully fashioned compared to the quick, almost abrupt ending.