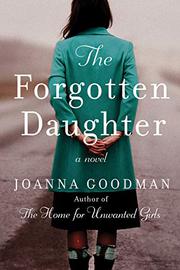 In the previous novel, after getting pregnant at 15, Maggie was forced to give up her baby to an orphanage run by the Catholic Church, and when she later came looking for the child, she was told her daughter was dead. It took more than 10 years for her to finally track down Elodie, whose childhood was a nightmare of abuse and neglect at the hands of the nuns and doctors. Now, nearly 20 years after Elodie was reunited with her family, she is grateful every day. At the same time, she feels like there is, and always will be, a hole in her life forged by the terrible treatment she suffered as a child in the orphanages. James, her younger brother, is fiercely mourning their father’s death; one night, after some heavy drinking, he makes a pass at Véronique Fortin, daughter of an infamous Quebecois separatist imprisoned for murdering a government official in the 1970s. James and Véronique quickly fall in love. Véronique has always struggled with her father’s legacy. As a young woman, she finds herself drawn to danger, earning money by smuggling illegal cigarettes and selling stolen CDs. And she’s a staunch separatist while James’ sympathies lie with Canadian unity. As a referendum draws near to determine Quebec’s future, their relationship will be sorely tested. While James and Véronique’s story unfolds in the foreground, Elodie and her fellow Duplessis orphans—the ones who survived—begin to fight for legal reparations from the church and government. Goodman explores two major events in recent Canadian history and how each of these expose deep wounds in the country and its people. The characters, complex and flawed, love and fight so fiercely that it’s hard not to be drawn into their passionate orbits and to feel, even slightly, a glimmer of hope as they refuse to give up on the ideal of happiness.