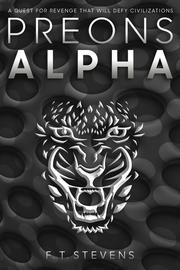 Ever since the attack on Earth seven years ago, former military strategist David has been training. He blames and has targeted certain individuals for the loss of two beloved friends. His current goal is to train with enigmatic Mr. Three, whom David can only contact by reaching Level 23 in arena combat. David rises in levels by winning arena matches on planet Xalapaz, as he’s a formidable fighter, even more so when he transforms into a Wendigo. He does, however, limit his transformations since he fears losing control. When a stranger offers to help David find one of his targets, he makes a deal, for which he’ll need to get his hands on Turnol, a dangerous substance. He and others form a ragtag crew that includes a swordsman in jailhouse isolation and a princess who’s been framed for murder. More often than not, David and his allies wind up in skirmishes that necessitate Wendigo transformations. All the while, David remains vengeance-minded, seemingly heedless of the innocent victims of his retribution. Stevens’ novel runs at full tilt and comprises copious planetary locales and backstory. He nevertheless grounds his electric narrative with familiar sights, as the myriad species that appear are predominantly anthropomorphised animals or animal hybrids. A Uanelin, for example, resembles “an elongated, four-meter-tall spider” while others sport tentacles, a scorpion tail, etc. The dense plot further entails Tempest, a group of soldiers on Earth that resists the regime of diabolical Enzo, who leads Hyperions (modified humans)—all have ties to David. As the story progresses, a few mysteries gradually unravel. But Stevens, who’s undoubtedly planning a follow-up, lets some questions linger.