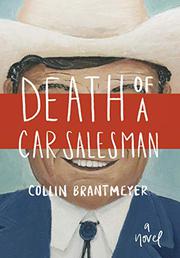 It’s 2028, and Big Al Washington is a successful car salesman who’s made a fortune selling cars with his colorful personality and unique commercials. But at 85 years old, he’s ready to step aside and hand the family business over to his grandson, Luke—until he realizes that Luke just isn’t the right fit for the job. But before Al can let the family know he’s pulling the plug on Luke’s promotion, the old man suddenly dies. The events that follow throw the family into chaos, as poison is found in Al’s system and no one can receive their inheritance until the cause of death is settled. No one is above suspicion, and it falls to Al’s lawyer and fixer, Larry Bridges, to sort out the mess. He recruits Al’s estranged daughter, Alice, to help resolve the mystery and agrees to let his own daughter and aspiring investigator, Emily, assist with the investigation. Brantmeyer’s novel presents a familiar tale complete with family secrets, blackmail, and murder. The author’s decision to set the novel eight years from now is an effective one, however; it depicts a future in which the service industry has been gutted and autonomous cars are commonplace, providing an excellent source of tension for the Washington family business. None of the characters are particularly likable, although some are more intriguing than others. Luke comes off as a one-dimensional trust-fund baby, but Alice is given more complex characterization as an alcoholic who was sent away 15 years ago after she came out as gay. Although her role as an outsider could have been more fully explored, her investigative exploits with Emily are among the novel’s high points.