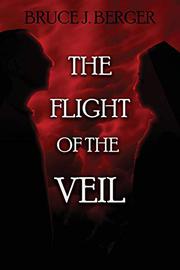 Brooklyn, 1990. Dr. Nicky Covo is a psychiatrist and widower attempting to help his patients deal with their problems while keeping his own from spilling over into his practice. He’s also a Holocaust survivor haunted by the loss of his entire family at Auschwitz when he was a teenager fighting with the Greek partisans against the Nazi occupation. As he’s leaving his office for the night, Nicky finds a letter from Abbess Fevronia, the head of the Holy Monastery of St. Vlassios in Inousa, Greece. The abbess has reason to believe that Sister Theodora, a taciturn nun who has lived at the convent since 1944, may in fact be one of Nicky’s sisters. At first, Nicky assumes the letter to be a ploy: “He’d heard about missing persons scams, promises to reunite the victim—a sucker—with a long-lost loved one in return for a small, or not so small, payment. He was too smart to fall for something like that.” And yet he can’t shake the feeling—or perhaps simply the hope—that the nun might be his sister Kalli. After his cellist daughter is hospitalized following a schizophrenic episode and Helen, a long-gone friend, reenters his life, Nicky decides he must satisfy his curiosity and return to Greece—even if doing so means confronting the past that he’s long sought to escape. The narrative switches back and forth between Nicky’s present and Fevronia’s experiences with Theodora over the latter half of the 20th century. Berger’s prose is understated and tailored to the interior lives of his characters: “It was past midnight when Nicky got back to his apartment. The long drive along icy highways, through poor visibility, left him shaking. In bed, he couldn’t relax, excited by the time with Helen and the idea that he was falling in love again.” Sometimes predictable, sometimes surprising, the novel is an exploration of faith that manages to challenge and satisfy in equal doses.