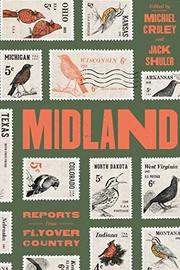 The prevailing narrative of the 2016 electoral post-mortem was that the people of “flyover country” were uneducated voters who cast their ballots for an undisguised con man against their interests. However, as Shuler and Croley note, that narrative missed an important point: The rural electorate comprises “too many people whose lives have been hollowed out in the last forty years by unchecked capitalism and globalization” and who clearly felt that the Democratic candidate had no interest in them. In January 2017, Journalist Ted Genoways inaugurated what he called the Between Coast Forums, whose topics included how better to cover rural America and “how to subvert a mainstream narrative that seemed false from our vantage points.” This illuminating volume is the result. Among its revelations is the fact that “flyover country” is where most Native Americans live, and there are only 19 journalists “tasked to cover Native affairs for their local newsrooms.” This is in keeping, writes Maggie Messitt, with a significant flaw: “The history of U.S. journalism is largely a history of neglecting and even harming disenfranchised communities—black communities, immigrant communities, Native communities, poor white communities.” Elsewhere, an inmate recounts what it’s like to be imprisoned in the middle of the pandemic: “Social distancing is absolutely impossible in prison. I can reach to the left or right of me and literally touch my neighbor’s bed.” The best piece is by writer Bryan Mealer, who recalls his road trip with his nonagenarian cousin to fulfill a dream of hers—shake the hand of Donald Trump—and takes the opportunity to call on some of these underserved communities where both sides listen to each other. “She still loves Trump, especially when he tweets, but that doesn’t mean the journey was in vain,” he writes. Other contributors include Peter Slevin, Tamara Winfrey-Harris, and Mei-Ling Hopgood.