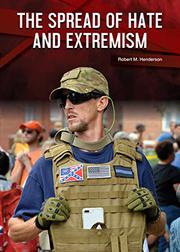 Henderson explores a variety of extremist groups, their origins, how they recruit, and the ways they communicate. He also describes individuals who have turned away from their involvement with hate groups and puts forth ideas on how to respond to the dangerous elements. Along the way, readers learn how polarization contributes to an environment of hateful speech and division. Early examples of extremist groups such as the KKK as well as changes among more recent counterparts are examined. The rationales extremists give for their actions are analyzed, including their opposition to increased rights for women and LGBTQ+ people, the election of President Barack Obama, economic insecurity, and distrust of the media and government. The internet, especially the dark web, is examined for how it is used to spread hostility. The personal stories of those who turned away from their involvement in hate groups are compelling, giving insight into what attracted and then repelled them. Finally, suggestions for how to monitor, respond to, and confront groups and individuals are provided. This valuable narrative is enhanced by photographs and information sidebars. The book is well-sourced, providing an overall look at the topic while pointing to additional resources for more in-depth study.